Watch a DIY Rocketeer Attempt to Land His Model Rocket Like SpaceX by Jason Koebler
Friday December 7th, 2018 at 5:16 PM

This video was created with GEICO.

Joe Barnard is not your typical rocketeer. His educational background is in music, not physics, and up until this year his professional life was in videography, not aerospace. Nevertheless, Barnard is now single handedly revolutionizing the hobby rocket scene by creating rockets that attempt to match the pace of development on rockets being launched by the likes of SpaceX and Blue Origin. Although Barnard hasn’t landed a rocket yet, he’s gotten closer than any hobbyist has before—and he’s just getting started.

When Motherboard went to visit Barnard at his apartment / “rocket lab” in Nashville, Tennessee, he told us that his interest in rocketry started when he was a kid. Although this youthful hobby was put aside when Barnard went to Berklee College of Music, he never lost touch with his roots. Then on a fateful day in 2015, Barnard found himself watching test videos of early SpaceX flights.

“I saw a video of this and realized that’s what I want to be doing,” Barnard said. There was just one problem: Aerospace companies aren’t exactly hiring too many musicians these days. Rather than return to school to get an engineering degree, however, Barnard decided to make the aerospace industry come to him. He resolved to teach himself how to code, do 3D modeling and the basics of rocket science in the hopes that it would attract the attention of SpaceX.

Three years later, Barnard said he has accomplished his original goal insofar as he has received inquiries from various aerospace companies, which he declined to name. Now, however, his goals have changed. Now he said he’s focused on pushing his company, Barnard Propulsion Systems, as far as it can go.

As documented on Barnard’s YouTube channel, he’s made remarkable progress on his homemade rockets. His initial goal was to incorporate flight vectoring—the ability to alter the angle of the rocket exhaust—into model rockets has now expanded to using this technique to land his model rockets just like SpaceX. Barnard gave Motherboard a demonstration of his self-landing when we visited, which was frustratingly close to success.

Barnard is accustomed to tests going wrong, but this hasn’t dampened his hopes for his rockets. This is the migration of an Osprey named Julie through the summer and fall of 2015. She hatched from a nesting post built by a Boy Scout on a small international Wildlife Reserve near Detroit, Michigan. Read Julie’s story here. In a clip from a BBC nature documentary series on Patagonia, watch as a gaucho tames a wild horse he’s just caught. The entire process takes three hours, so this is just a tiny bit of it, but it’s interesting to watch people who are very good at what they do.

Each gaucho has his own style of taming. “What you have to do is catch the attention of the horse. I shoo it away a few times until it realizes that when it’s looking at me there will be calm, but if it looks somewhere else, I’ll scare it.” 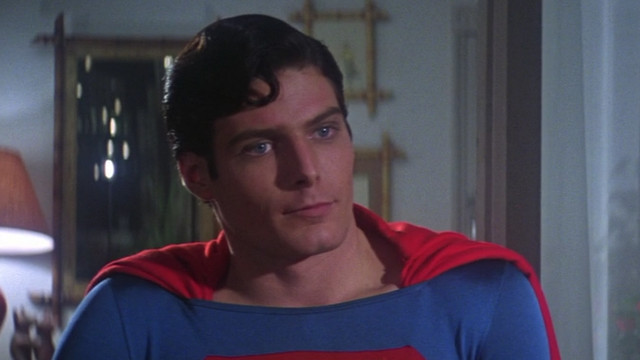 Christopher Reeve was magical, and this scene shows why

1 Comment
Full Throttle Remastered is Now Available on Steam and is 20% off!*

Originally released by LucasArts in 1995, Full Throttle is a classic graphic adventure game from industry legend Tim Schafer, telling the story of Ben Throttle; butt-kicking leader of biker gang the Polecats, who gets caught up in a tale of Motorcycles, Mayhem and Murder. Now over 20 years later, Full Throttle is back in a remastered edition that features all new hand-drawn and 3D high-resolution artwork with 4k support, and with remastered audio and music.

Much to everyone's surprise, the winner was Average Joe's Gymnasium, blissfully unaware that they weren't playing dodgeball.
Moses Lake, WA

There are some definitional issues to work out, but the 88 Lakers are probably good enough to win this.
Washington, District of Columbia

CaffieneKitty
I know nothing about non-hockey sports, so I'll be pulling for the Segways.

Every year I make out my bracket at the season, and every year it's busted before the first game when I find out which teams are playing.

egc52556
Any team with Lebron
Next Page of Stories